In the basement of Park Culture I meet a good-humored Raphael Landauer. Raphael gives drum lessons here for all ages and levels. There are five drums of different sizes in the room, and posters of jazz and reggae bands hang on the walls. He likes music genres that require rhythm the best. But he also enjoys playing electronic music that was actually built on the computer.

He grew up in Ratingen and Düsseldorf as the only child of two music-making parents. „My father is a guitarist and my mother has been a singer, together they had a band called Landauer Folklore,“ he tells me. From an early age, he attended band rehearsals and concerts; music was the most natural thing in the world for him. At the same time, Raphael found his parents‘ rehearsals sometimes annoying, because he was the only child among adults and was so often bored. As a child, he liked to write stories and had a lot of imagination; his career aspiration at the time was to become a director or actor. In secondary school Raphael formed his first band; at that time he played drums and guitar. When he graduated from high school, he also completed training as an educator. This was followed by community service and various part-time jobs until his mid-twenties. The one thread that ran through his early adulthood was music. „I always played in bands, but I always considered it a hobby, not a profession,“ he says today. Shortly before his daughter was born, Raphael decided to focus on music as a way to support his young family. That’s why he enrolled to study drums and has been working as a drum teacher since receiving his diploma. This is a logical consequence of his passion for drums and his talent in the field of pedagogy. And the profession of drum teacher seems to really fill him up. Since he doesn’t necessarily want to be in the spotlight, it’s no problem for Raphael not to play in a band full-time. When he tells me how much he enjoys teaching people interested in music the rhythm and flow needed to play the drums, I realize how serious he is about it. And his way of teaching is very well received. On his website I find many reviews from his students and their parents who are enthusiastic about his approach.

Besides teaching, he still plays in bands. However, since there are no more performance opportunities due to the pandemic, he concentrates more on drum recordings. He makes these in his own recording studio. Here he works on commissions for bands and producers and realizes his first solo album. 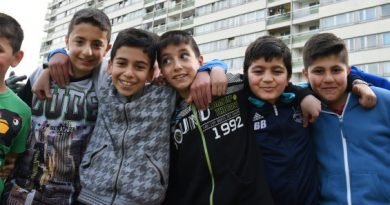